Mbarara University of Science & Technology > About MUST

We have the best Centre for Innovations and Technology Transfer (CITT), a global Centre of excellence in affordable technology innovation, commercialization, skills development, and entrepreneurship for you. The element of community engagement in all our programmes makes us stand out in addressing any arising or existing challenges. We are located in the Southwestern region of Uganda a serene environment for studies, which gives us a chance to produce an all-round graduate ready to face the world. Our success in not only measured by our achievements but also by the ability to address matters in the dynamic communities at National and international level.

Mbarara University of Science and Technology also known as MUST was opened in October 1989 after extensive modification of physical facilities of the former School of Midwifery at the Mbarara District hospital.  The Mbarara University of Science and Technology Statue 1989 as passed by the National Resistance Council was the enabling law that established MUST as a body corporate. At that time Uganda’s economy and social infrastructure which had collapsed, due to civil wars in the 1970’s and 1980’s. Therefore, with the government’s realization that higher education was a critical asset for nation building, and in particular that Science and Technology was the most realistic driver to lead this initiative, MUST was therefore a welcome idea and has to date lived to that expectation.

Overcoming several set-up challenges the new Vice Chancellor Professor Frederick I.B Kayanja, in collaboration with 4 Cuban professors started the pioneer Faculty of Medicine opening its gates to the first 43 students admitted to the Bachelor of Medicine and Bachelor of Surgery (MBChB) program. Since October 28th, 1989 MUST has seen many community innovations, which have contributed to its development and that of our motherland Uganda.

In May 2012, the University finally unveiled and commissioned the much talked about move to a spacious campus at Kihumuro located 7 km on Mbarara- Bushenyi road with the commissioning of the Estates and works Block and handing over the site for the construction of the Faculty of Applied Science and Technology bringing to fruition the whole spectrum of this great University of Science and Technology.

Provision of higher education, promotion of research, and advancement of learning.

Provision of accessible physical facilities to the users

To provide quality and relevant education at the national and international levels with particular emphasis on science and technology and its application to community development. 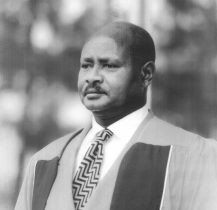 In 1989, His Excellency Yoweri Kaguta Museveni started a second public University in Uganda to promote training in Science and Technology. This was at a time the country needed a rehabilitation phase following years of Turmoil and Instability. Thus the birth of Mbarara University of Science and Technology (MUST). We thank his Excellency Y.K Museveni for the great idea of a second University. 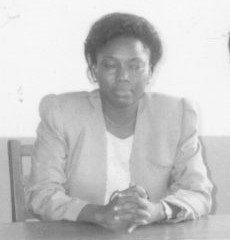 The founding Chairperson of the University Council was Madam Rebecca Kadaga Alitwala now Speaker to the Parliament of Uganda. During her term of office at MUST, Rebecca was remembered for excellent accountability, result oriented and a person who was strict on deadlines. This grew MUST faster than expected. 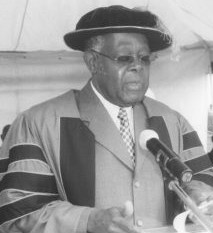 Prof. F.I.B Kayanja was the founding Vice Chancellor of Mbarara University of Science and Technology(MUST). During his term of office Prof. Kayanja solicited so many collaborations at National and International level. These still support MUST to date. A man of high integrity, values and principles. Prof. Kayanja was an administrator and a professor of Anatomy. His students will always remember him for time keeping( No one comes in class after him and he was always 10(ten) minutes early) and the famous greeting“Good morning ladies, gentlemen and others”. 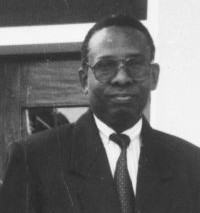 Mr. Bazirake Stephen was the founding Academic Registrar of Mbarara University of Science and Technology(MUST) well remembered for his human face, humble, welcoming, delivered on time and a man of few words. As the Academic Registrar, results were always on time. Issues of supplementary and special exams were always sorted out before hand. His works marketed MUST at National and International level. Even at his retirement Mr. Bazirake still walks into MUST and advises as a senior. 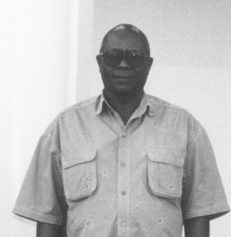 Dr. Kibirige Kyanda Charles was the founding University Secretary. All issues of Human Resource Management were sorted on time. Dr. Kibirige encouraged staff development, which included enhancement of skills and knowledge of different staff members in their docket. He will be remembered for his inclusive administration and his passion to serve. 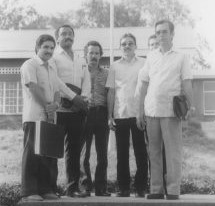 In October 1988, the Ugandan Government worked closely with the Cuban Government in provision of Human Resource aligned with Science. This was with immediate effect and in 1989, a team of 5(five) Professors and Doctors was sent to Mbarara University of Science and Technology. In the picture is, Prof Carlos, Prof A.R Azcuy, Dr L.A Lopez, Dr Jessy Diaz and Prof Padron. 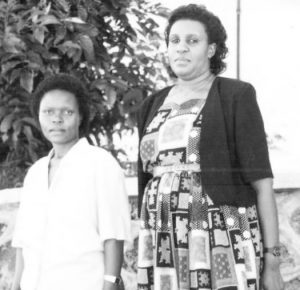 Founding Secretaries Madam Specioza Birungi and Madam Betty Kityo worked hard to support the above team in a time where computers were very scarce. These worked for extra hours for fit the pressure of their supervisors. Their dedication and determination will forever be remembered.